Eden Hazard hopes to recover from the injury before El Clasico according to Marca.

Things have not gone as planned for Eden Hazard since his move to Real Madrid.

In his debut season at the club, injuries limited the Belgian to only 22 appearances and one goal across all competitions.

There was much optimism that Hazard could put his injury struggles behind him with the new season already underway.

Sadly, it wasn’t the case with the 29-year-old suffering a fresh muscle injury.

Hazard is yet to make an appearance under Zidane this term and it remains to be seen when he will be ready for selection.

But there might be some motivation for the ex-Chelsea star.

With the El Clasico on October 25, Marca claims that Hazard is aiming to return to full fitness before then.

The report says the winger is aiming to play a part in Real Madrid’s opening Champions League game scheduled for October 20/21.

Having missed both El Clasicos last season due to injury, Hazard is hoping to avoid missing out once again on the most anticipated La Liga game of the season.

Remembering the day: Cristiano Ronaldo made his Champions League debut 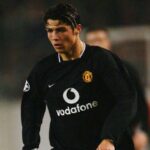 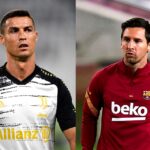