GOALLLLL!!! 1-0 JUVE! Morata slams home from inside the six-yard area after Bushchan spills Kulusevski’s effort. Initially, Kulusevski was afforded far too much space outside the area before releasing his left-footed shot.

GOALLLL!!! 2-0 JUVE! Morata grabs his second of the game as he heads through Bushchan’s legs from inside the area. The initial cross came from Cuadrado, who was under no pressure on the ball wide on the right. 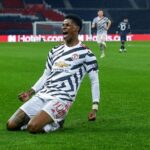