United spent the entire summer trying to bring Sancho to Old Trafford, but were never able to reach a final agreement with BVB over a fee as Dortmund ultimately refused to sanction a prized asset’s departure for less than €120 million (£109m/$141m), which the Manchester outfit were not prepared to pay upfront in the current financial climate.

After the October 5 transfer deadline had passed, the Bundesliga giants’ sporting director Michael Zorc revealed Sancho would have been allowed to leave had their demands been met.

“We had clear agreements with him that he could make a transfer under certain circumstances, up to a certain point in time. And then the door closed,” Zorc told Sky Germany.

He told ZDF Sports: “[They] misjudged the situation. We would be more willing to compromise. We had a clear line and will continue to do so next summer.

“In this industry, you can never say that a player is completely unsellable.” 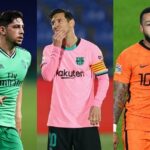 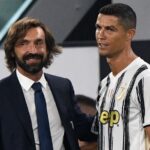 Andrea Pirlo – Cristiano Ronaldo is an icon of world football