Philippe Coutinho is back at Barcelona following a trophy-laden loan experience with Bayern Munich last season.

The Brazilian made 38 appearances in all competitions during his stint in Germany, providing 11 goals and nine assists. He even memorably scored twice and chipped in an assist in Bayern’s 8-2 demolition of Barca in August.

After winning three titles with the Bavarians, Coutinho returned to Barcelona and has since started in all three of his parent club’s games this season.

“I’m having a very good time,” confirmed the 28-year-old as quoted on Goal.

“In these seasons I have achieved many things on a personal and collective level, which is the most important thing.

“I have returned to Spain with a lot of desire for things to go well and it is also what I want in the national team, every opportunity I have I want to play great games giving my best for the team.”

Coutinho pinpointed how the intensity of training under Hansi Flick at Bayern proved a great experience for his development.

“At Bayern, I learned a lot about work, because they are very intense in training,” said the former Liverpool star.

“A natural consequence is the evolution in the physical part, which I have really had, because you work a lot and I have worked a lot.

“I already had this way of thinking, but now I have to dedicate myself three or four times more than normal to be successful.” 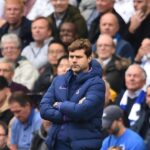 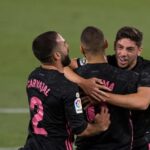