There were four teams from the Bundesliga in the Champions League this year.

All four of those teams realize that their wealth outweighs not just one or two individual lower league clubs but perhaps huge groups of them combined.

They pledged a whopping 20 million Euros of their combined wealth.

According to Goal, Bayern CEO Karl Heinz Rummenigge insisted the gesture was a display of unity among all German football teams no matter the division.

“Together with the three other Champions League participants, we want to send a signal of solidarity.”

“To all clubs in the Bundesliga and 2.Bundesliga with this initiative.”

“In these difficult times, it’s important that the stronger shoulders support the weaker shoulders.”

“With this, we also want to show that football is standing together right now.” 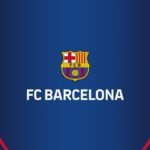 Neymar is better than Messi technically according to Cafu