Lionel Messi and Cristiano Ronaldo are no doubt the best goal-scorers in world football and that fact isn’t up for debate.

What would bring an endless debate is who the better goal-scorer is between the pair and that alone might have no end.

Scoring from outside the box is considered a great deal in football and Lionel Messi leads the way by far in that regard.

So good in this area, that his numbers are double that of the next person behind him in the list.

Philippe Coutinho is one of eight players to score 10+ goals from outside the box in Europe's top five leagues since 2017/18.

Since the 2017/18 season till date, Messi has scored the most goals from outside the box in Europe’s top five leagues.

His tally of 25 is double that of Depay, Mertens and Suso who are all tied at 11 in joint-second place.

Ronaldo can keep playing till 40 according to Paulo Ferreira 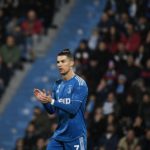 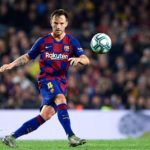