News coming out of Italy is that Genoa have had 14 players and staff test positivie for Covid-19.

The Italian Serie A has a major problem on its hand after Genoa reported that 14 people from their squad have tested positive for Covid-19.

The club just traveled to the city of Naples. They lost 6-0 against Napoli at San Paolo Stadium. From the people who tested positive, there are at least 8 players and some of them were on the pitch last Sunday.

A situation that will push the club to take a forced break from all competitions for the next two weeks but the biggest problem isn’t even that. All the Napoli players and staff who were at San Paolo also need to undergo some tests.

They all hope to come out negative but there will be major consequences if they test positive.

This would be the first time something this big happens during the pandemic at one of the biggest leagues in the world. Napoli’s upcoming match will take place against Juventus but it might be postponed due to this incident.

Lampard defends Kepa, calls all the criticism a bit unfair 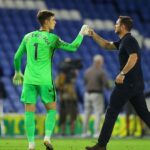 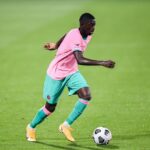 Ousmane Dembele was late to arrive for training on Monday