Barcelona have submitted an offer of £90m plus two players for Neymar.

The deal includes two players from the list of six people. These are Philippe Coutinho, Ousmane Dembele, Ivan Rakitic, Nelson Semedo, and Malcom.

The identity of the sixth player is still unknown, but it could very well be Umtiti.

The two players being offered from the list of six players are still not known.

The French club want over £200m for Neymar to atleast recuperate the money they spent on him two years ago.

Barcelona has been his preferred destination, and now it seems the Blaugrana are also very keen to bringing him back.

As according to Sky Sports, Barca have submitted a bid to PSG as per reports of Sky in Germany.

BREAKING: Barcelona have bid £90m plus two players for PSG forward Neymar, according to Sky in Germany.

It will be interesting to see if The Parisians will accept the offer considering the two players offered could very well be Coutinho & Dembele.

If so coupled with £90m it’s an amazing offer that PSG should not pass up on . 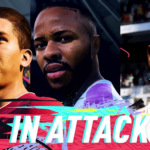 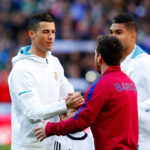 Cristiano tops Messi as the most admired sportsman of the year