Barcelona have been handed a boot with the return of Arthur Melo and Sergi Roberto to the squad.

As per the Evening Standard, Barcelona are quite positive that Arthur will be fit to face Napoli at the Camp Nou.

Sergi Roberto also has a chance to be feature in the game having missed last six matches due to a muscle injury.

Barcelona drew with Napoli in the first leg Round of 16 clash at Naples and will be looking to move into quarter-finals of this years Champions League.

They are set to miss Vidal who got himself sent-off in Naples and Sergio Busquets due to suspension.

Next up Barca face Mallorca in La Liga where they will be looking to stay at the top of the table and then they host Napoli next Wednesday.
nd the season in disappointing fashion.

PSG vs Borussia Dortmund will be played behind closed doors 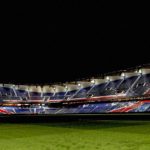 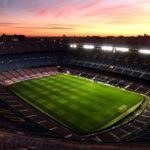