With his two-season loan deal in Budesliga approaching its end, Achraf Hakimi is due to return to Real Madrid at the end of this season.

A product of the Real Madrid academy, the Morrocan international quit the club and joined Borussia Dortmund in 2018 in search of minutes. Since then, he has developed into one of the best and most coveted attacking fullbacks in the game.

Bayern Munich, Paris Saint-Germain, Juventus, and Chelsea are a few of the big names interested in his signing. Although, Real Madrid identify him as a successor to Dani Carvajal and are keen on keeping him at the club.

Hakimi, meanwhile, is over the moon after drawing interest from the European giants. However, even he admits to not knowing yet where his future lies.

“Who does not like it? I am proud of what I am doing,” Hakimi told Cadena SER [via Daily Mail]

“In theory my contract ends in June and from there I have to return to Madrid. I have not yet had contact with Madrid on this matter, but I imagine that soon we will have some conversation to find out what is best for me.”

“I don’t know when my contract ends, that subject is taken by my agent. It is the same contract that I signed in 2017.” 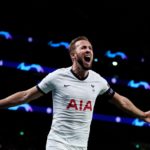 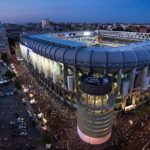