Eight years ago today in the 2011-12 La Liga season Cristiano Ronaldo and Real Madrid lined up against Real Sociedad.

It was not only a resounding victory for Jose Mourinho’s Los Blancos side as they ran out 5-1 victors but a day marked in the history books for Ronaldo.

It was in this game that he reached the milestone of 100 league goals for the club, and set a record as the fastest player in La Liga history to do so.

He would go on to play a total of 292 La Liga games or the club and scored phenomenal 311 goals in this competition alone.

Check out the highlights of that game including CR7’s brace that smashed the record of the quickest 100 goals in La Liga history courtesy of La Liga Youtube channel. 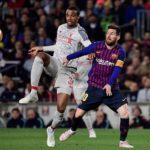 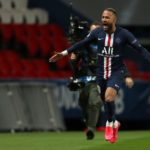 Barcelona will have to choose between Martinez and Neymar