All the Latest Transfer Rumors from Deadline Day on Monday, 5th October from Europe’s Top 5 leagues.

A new left-back was a possibility in the final days of the window with Ajax defender Nicolas Tagliafico a potential target.

Despite being available for around £23 million ($29m), City are set to stick with Benjamin Mendy and Oleksandr Zinchenko as their options for the rest of the season.

Atlético Madrid board have received the notification 1 hour ago from Arsenal for Thomas. Arsenal are set to trigger the release clause for €50m tonight. Atlético Madrid will complete Torreira deal on loan.

The Brazilian joined the London outfit from Lazio in 2018.

Sarr to Bayern is official

Bouna Sarr’s move from Marseille to Bayern Munich is complete. Meanwhile, Mickael Cuisance is heading in the opposite direction.

No Rudiger move to PSG

Antonio Rudiger will not join PSG before the transfer deadline, according to RMC.

The French outlet says that the Ligue 1 champions will not make any more movement before the window shuts.

Brentford are seeking to continue their success in the French transfer market with a move for Adil Taoui.

L’Equipe says that Nice are also monitoring the teenaged winger.

Christian Eriksen has refused to join Borussia Dortmund and Hertha Berlin on loan.

Inter Milan are keen to offload the midfielder, who has failed to settle under Antonio Conte. 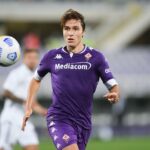 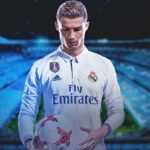