Borussia Dortmund have rejected a £91.3m (€100m) offer from Manchester United for Jadon Sancho. A bid was expected this week, but the England international is set to stay in Germany.

Despite BVB’s deadline of August 10 having long since passed, United haven’t given up the chase. The Red Devils allegedly made progress in talks with Sancho’s representatives last week, leaving them hopeful of a deal. [Sky Sports]

The European champions have made a surprise move for right-back Tariq Lamptey recently. The 19-year-old has impressed since completing a €3.30m transfer from Chelsea to Brighton in January, making 11 appearances to date.

Bayern are keen to sign a new right-back and have made Lamptey a priority as Ajax’s Sergino Dest appears set for Barcelona. [Sport1]

While Manchester United appear to be hitting a dead-end with Sancho at very turn, they may make their second signing of the transfer window yet in Ousmane Dembele.

Barcelona are keen to offload the Frenchman to United amid talk of a sale between €50m to €60m. Once the transfer goes through, they’ll use the fee to sign an ex-Red Devil in Memphis Depay from Lyon. [Diario AS – Spanish]

Lucas Torreira has fallen out of favor at Arsenal and has been linked with an exit for quite some time, with Atletico Madrid interested.

Arsenal haven’t made negotiations easy, though, due to their interest in Atletico’s Thomas Partey. They attempted to offer a swap deal involving Torreira, but were turned down. But it appears progress has been made, with the midfielder’s agent in Madrid to begin talks over a potential transfer. [Fabrizio Romano]

Pep has two left-backs on his shortlist

Manchester City may have just signed Ruben Dias to strengthen their central defense, but Pep Guardiola isn’t satisfied yet.

The Citizens boss wants to add a new left-back to the fold before the English transfer window shuts. Bayern Munich’s David Alaba and Ajax’s Nicolas Tagliafico are both on his shortlist. [Daily Mail] 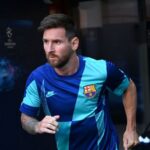 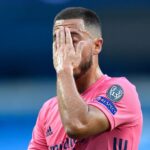