Rennes and Napoli both have made inquiries to FC Barcelona over a potential move for Jean-Clair Todibo. The 20-year old center-back is surplus to requirements for new boss Ronald Koeman at Camp Nou. Koeman is eager to cash in on him in order to raise funds for his other transfer targets. The Frenchman also wants out of Barca. [Footmercato]

Crystal Palace are leading the race to capture Rhian Brewster from Liverpool. The club are in talks to secure the forward’s transfer for around €22 million (£20m). The Reds are willing to strike a deal but want a buy-back option and sell-on clause in the deal for their academy product.

Manchester City’s opening offer in the range of €60 million for Jules Kounde has been turned down by Sevilla. The French defender is a ‘back-up’ option for the Sky Blues as they look to solve their defensive problems this summer.

Man City, meanwhile, have still not given up on their interest in Napoli’s Kalidou Koulibaly. [Fabrizio Romano]

Wolves are on the verge of finalizing the transfer, worth around €31.5 million (£29m), of Nelson Semedo from FC Barcelona. Barca are willing to let go of the Portuguese but there has been agreement over personal terms between the player and Wolves.

Nuno Espirito Santo is actively searching for a new right-back following the departure of Matt Doherty to Tottenham. [Sky Sports]

AC Milan view Nikola Milenkovic as their No.1 defensive target for this summer. The Serie A side have already initiated talks with Fiorentina for a potential move for €44 million-rated (£40m) Serbian international. [Daily Record] 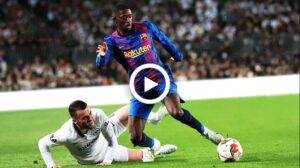 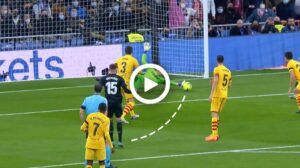