Could Mourinho & Lingard reunite in London?

Jesse Lingard’s future at Manchester United is in serious doubt after falling out of favor. He hasn’t started a Premier League game since January and didn’t even make the bench for the club’s opening-day defeat to Crystal Palace.

This turn of events has led Jose Mourinho to target a surprise £30m reunion at Tottenham. The former Red Devils boss is convinced he can revive Lingard’s career in north London. [Daily Star]

Stubborn Chelsea refuse to give up on Rice

The Blues remain undeterred in their pursuit of Declan Rice despite West Ham informing them that the midfielder isn’t for sale.

The England international has developed into one of the Premier League’s most exciting young defensive midfielders since Chelsea released him from their academy as a 15-year-old. However, Frank Lampard is keen to fix that mistake now. The head coach is hopeful of a deal and plans to convert Rice into a central defender. [90min]

Despite signing Nathan Ake in the current transfer window, Pep Guardiola hopes to add another central defender to his ranks. It was previously reported that he could offer Nicolas Otamendi to Sevilla for Jules Kounde.

The Manchester City boss has now taken his interest to the next stage by formally submitting a €55m bid for the 21-year-old, which Sevilla have rejected. [Marca].

Chelsea strike a deal for Mendy

While pursuing Declan Rice appears to have a hit a dead end, Chelsea can at least tick one box on their checklist in resolving their goalkeeping crisis.

Kepa Arrizabalaga continues to struggle in goal, leading the Blues to launch an all-out pursuit of Rennes shot-stopper Edouard Mendy. And it appears they’ve got their man, with £22m deal in place to sign the 28-year-old. [Observer]

Alex Oxlade-Chamberlain has struggled to hold down a spot in the Liverpool starting line-up ever since his €38m transfer from Arsenal in 2017. He also now has further reason to worry following Thiago Alcantara’s arrival from Bayern Munich.

16 months after losing James to Manchester United, Marcelo Bielsa is ready to revive his interest in him. He’ll wait until it’s clear where the 22-year-old stands in the pecking order at Old Trafford first, though.

Despite a bright start to his Red Devils career last season, James has fallen out of favor. Ole Gunnar Solskjaer’s pursuit of a new wide man in the current transfer window has fueled doubts over his future. [Daily Star] 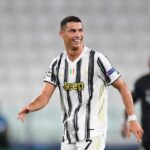 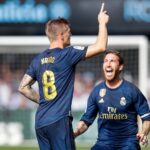