One of the players will earn the status of the best footballer under the age of 21 in Europe on December 14, and the final nominees for the award distributed by Tuttosport have been confirmed.

Six players from the Premier League, four from La Liga, as many from Bundesliga, three from Ligue 1, one from Serie A, and the remaining two from Eredivise and Australian Bundesliga have made the final cut.

Borussia Dortmund pair Jadon Sancho and Erling Haaland are considered as the frontrunners to win the award. Both Sancho and Haaland were influential in BVB’s last season, scoring 20 and 21 goals respectively to guide the team to a second-place Bundesliga finish and upto the last-16 stage of the Champions League.

Rennes’ Eduardo Camavinga is another strong contender in that list. The midfielder enjoyed a meteoric rise in 2019/20, emerging as one of the best midfielders in all of Ligue 1.

Real Madrid have their Brazilian duo Vinicius Junior and Rodrygo in contention for the award while FC Barcelona have wonderkid Ansu Fati and new signing Sergino Dest. 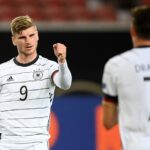 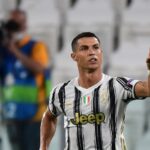