Zlatan Ibrahimovic could well be on his way out of the San Siro at the end of the season.

At 38 years of age his next destination could well be to the club he part-owns Hammarby.

However, as prolific as he is even at such an age there will no doubt be some big clubs who are interested in signing the giant Swede.

When he left LA Galaxy there was talk of a reunion with his old friend Sinisa Mihajlovic at Bologna.

However, in an interview reported by Football Italia, the club’s director of sport Riccardo Bigon is adamant the move will not happen.

“I understand the media interest in making this a story, as he is such an important name at the top level, but Ibrahimovic is not a possibility.”

“We are no longer in contact. He had spoken to Mihajlovic in Winter, then made his choices and from then we haven’t taken the situation into consideration.”

Gattuso dedicates victory over Inter Milan to his late sister 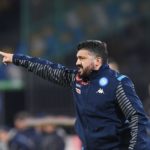 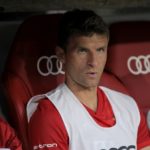 Muller will not speak on transfers publicly from now on