Zizou will join the other two cover stars Virgil van Dijk and Eden Hazard as the cover star.

He will also be available as an ICON in the FIFA Ultimate Team game mode.

EA is all set to reveal other ICONs in the game tomorrow.

Pre-Order the Ultimate Edition by August 5 to get a guaranteed #OTW player -> https://t.co/kNhJMf0Pmv pic.twitter.com/DNbkzNQxHT

Koeman, Drogba, Pirlo and Ian Wright have been revealed by EA as new entrants in the ever increasing ICON list of FIFA.

The Frenchman is regarded as one of the best players to ever play the game. Now fans will be able to play him alongside other greats such as Maradona and Ronaldo.

As with each ICON, Zizou will also have three different ICON cards in the game. Each representing a period in their career.

Of course FUT players will like to get their hands on the Prime ICON, the highest rated card of any ICON.

The game will be released on 27 September 2019, you can get it three days early by pre-ordering the game. 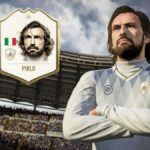 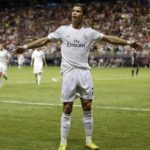