Juventus have drawn FC Porto in the Champions League Round of 16.

Cristiano Ronaldo will now return to his native Portugal in February for the 1st leg of the tie before welcoming the Primeira Liga side to the Allianz stadium in March for the 2nd leg.

Ronaldo played for Manchester United when he last came up against Porto in the Champions League. It was the quarter-finals of the 2008-09 Champions League, and the forward hit a stunning long-range strike to help the Red Devils progress in the competition.

The 40-yard screamer was voted as Man United’s goal of the decade and won the FIFA Puskas award that year.

The former Sporting man has played against the upcoming Portuguese opponents a total of six times in his career, with four of those appearances coming in the Champions League and two in Liga NOS.

He has won only once in those six games, with two of those ending in a draw.

Keeping Ronaldo at bay – or at least trying to do that – will be of utmost priority for Porto when they face Juve at the Estadio do Dragao. 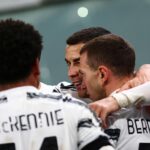 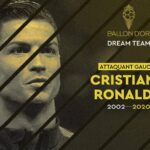