HAVERTZ SCORES! The City defenders are all over the place and Havertz just gets between them to reach Mount’s throughball.

Ederson rushes out and commits himself and Havertz knocks it past him before sliding the ball into the back of the empty net for his first Champions League goal. 1-0 Chelsea!

Video: Wait, What? Stories That Only Happened To Lionel Messi 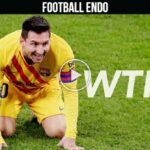 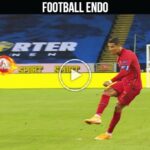 Cristiano Ronaldo Stuff From Another Planet