90 minutes isn’t enough to separate the two sides as Hellas Verona and Juventus draw 1-1 for the second time this season.

Ronaldo opened the scoring four minutes after the restart after linking up well with Chiesa, but the Bianconeri seemingly took their foot off the gas after grabbing the advantage, allowing their opponents back into the game.

Juric’s men took the initiative well and after a number of clever substitutions, found themselves back level thanks to Barak’s header 13 minutes from time.

The hosts finished the stronger of the two but will surely settle for a hard-fought point.

The draw keeps Juventus in third but moves them to three points back of Milan who play tomorrow. Verona stay ninth – but go level with Sassuolo.

Hellas Verona are in action again in midweek, when they travel to face Benevento. Juventus take to the pitch again on Tuesday, when they host Spezia.

Video: Cristiano Ronaldo scores his 766th Goal of his Career 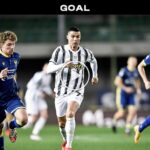 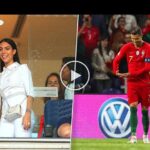