“Kokdu: Season of Deity” is a fantasy romance about a grim reaper named Kokdu (Kim Jung Hyun) who comes down to this earth every 99 years to punish humanity. Kokdu meets Han Gye Jeol (Im Soo Hyang), a mysterious doctor, and begins working as a visiting doctor.

The recently released trailer shows Kokdu, who has nothing to fear in the world, and his body moving at the command of doctor Han Gye Jeol. The clip begins with Do Jin Woo (Kim Jung Hyun) and Han Gye Jeol oozing amorous emotions at work until an unexpected event occurs, which dramatically transforms the atmosphere. As the haughty deity of the underworld Kokdu takes possession of Do Jin Woo’s body, the lovely and compassionate guy transforms into a man as icy as ice.

Kokdu in Do Jin Woo’s body, on the other hand, is more perplexed and confused than Han Gye Jeol. It’s because his limbs just move in response to Han Gye Jeol’s directions. Kokdu is perplexed by the circumstances and wonders if this human doctor Han Gye Jeol had any special abilities. The odd romance between the two has sparked a lot of interest. 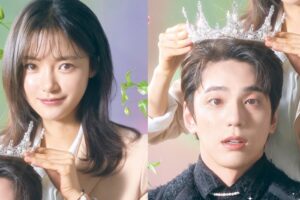 Main Poster For “The Heavenly Idol,” Kim Min Kyu Is A Priest-Turned-Idol Whose Number One Fan, Go Bo Gyeol, Becomes His Manager In Order To Save Him 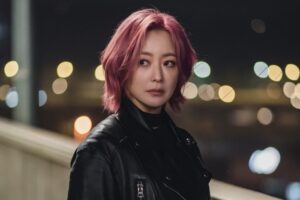 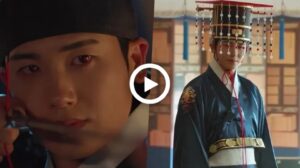 Video: In “Our Blooming Youth,” Park Hyung Sik Plays A Crown Prince Who Is Cursed