The final was played at the Estádio do Drago in Porto, Portugal, and Chelsea defeated Manchester City 1–0.

The 2020 UEFA Champions League Final was originally scheduled to take place at the Atatürk Olympic Stadium in Istanbul, Turkey, but it was moved to the Estádio da Luz in Lisbon due to the COVID-19 pandemic in Europe.

Istanbul was once again chosen to host the 2021 edition’s final, but it was eventually moved to Estádio do Drago after Turkey was placed on the UK’s tourist blacklist, making hosting it in England impossible.

Bayern Munich, the defending champions, were knocked out in the quarterfinals by Paris Saint-Germain, whom they had defeated in the final the year before.

They will also represent Europe at the FIFA Club World Cup in Japan in 2021.

Cristiano Ronaldo could break these five records at Euro 2020 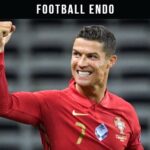 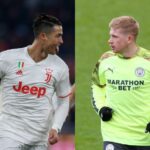