On this day, Cristiano Ronaldo made his professional debut as a football player with Sporting Clube Portugal.

The young Portugal skinny kid was coming from the same school where Luis Figo started his career as well.

A youngster with big plans from the start of his career and an unexpected future ahead of him.

Perhaps Ronaldo saw himself winning some titles in the future, but he never imagined he would become a worldwide phenomenon. In today’s landscape, everybody respects Cristiano Ronaldo and everything he’s accomplished so far. We took the time to find a video from our friends at OneFootball that remembers all his club debuts.

Sporting Lisbon was only the beginning. We also have his Manchester United debut, his Real Madrid debut, and his Juventus debut. All of these are moments that the fans of each institution will cherish for the rest of their lives. 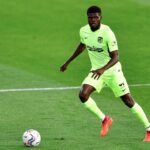 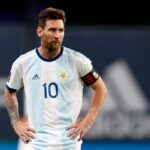