Cristiano Ronaldo continued his fine run of form in front of goal in Sunday’s Serie A outing between Juventus and Sassuolo.

Ronaldo reached yet another milestone in his illustrious career as he equaled Josef Bican’s tally to become the joint-highest goalscorer in the history of football.

Despite looking dangerous throughout the match, it was not until the final few seconds that he scored his landmark goal, missing a few chances earlier in the game.

One particular miss came when he incredibly leaped over opposition goalkeeper Andrea Consigli in an aerial duel for the ball but failed to find the back of the net with his effort.

Ronaldo somehow managed to rise above the outstretched arm of Consigli despite having a short run-up, leaving the fans lost for words. 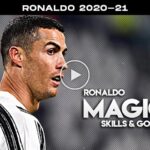 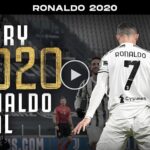