GOAL! Ronaldo fires Juventus into the lead, it’s 1-0 after 10 minutes! Cuadrado whips a lovely corner delivery into the box and Ronaldo rises high above the Cagliari defenders and powers the ball into the back of the net, out of the reach of Cragno. Poor defending by the hosts, who just didn’t get tight enough to the Juve man and he punished them.

Ronaldo won the corner and then finished it off, with Cuadrado delivering the ball straight into the packed penalty area and Ronaldo delivered superbly with the header. 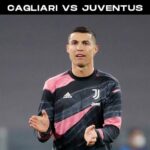 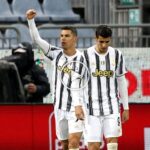