Manchester United vs LASK will be played in an empty stadium. The thursday night is the latest game to be affected by the coronavirus.

In Serie A all games have been suspended until the end of the month.

Many of this week’s Champions League matches are being played in empty stadiums.

United issued a statement on their official club website manutd.com, confirming the closed-door policy and that fans would be getting their money back.

“Following guidance from the Austrian Government, we have been informed by UEFA and LASK that the Europa League game on Thursday will be played behind closed doors.”

“LASK will now cancel tickets that had been issued to Manchester United.”

“We will automatically issue refunds on behalf of LASK to our fans who have purchased.”

ℹ️ Following guidance from the Austrian government, we have been informed by UEFA and LASK that our #UEL game on Thursday will be played behind closed doors.#MUFC

Thomas Tuchel is confident against Dortmund 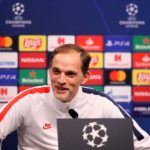 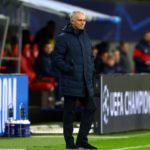 Mourinho: “There’s no one to blame for this performance”