Bayern Munich bettered their record of winning consecutive Bundesliga titles to eight in a row after they were crowned the 2019/20 league champions.

Bayern had clinched the title earlier this month but had to wait until their 4-0 win against Wolfsburg over the weekend to lift the trophy.

The German giants now aim to land another trophy as they prepare to go against Bayer Leverkusen in DFB-Pokal final next month.

Former club president believes the team has a fair chance of winning the remaining two competitions if they keep up their sensational form.

“If our team can preserve this form, we have a good chance of winning everything,” Hoeness told Blickpunkt Sport. “I hope that the team can keep the rhythm.”

“The other [teams] have to work harder now. You can’t expect Bayern to work only half a day to make the Bundesliga more exciting.”

Inter Milan are in ‘advanced negotiations’ for Hakimi – Giuseppe Marotta 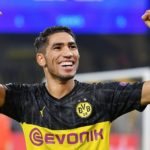 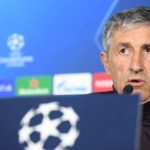 Atletico will not make it easy for Barcelona, says Setien