Here are the top transfer stories going around in the footballing world including, the Premier League, La Liga, Serie A, Bundesliga, Ligue 1 and much more.

Milan Skriniar, Ruben Dias and Lewis Dunk are said to be in Pep Guardiola’s wishlist.

Man City had their initial bid of €60 million rejected by Inter Milan and are said to be preparing to launch an improved bid this summer.

Real Madrid are looking to launch an €80 million transfer bid for Napoli midfielder Fabian Ruiz in the summer.

Aubameyang on the brink of Arsenal exit.

Arsenal have refused to agree to wage demands Pierre-Emerick Aubameyang which are said to be around £300,000 a week.

Therefore, the 30-year old Gabonese striker is heading towards the exit with Barcelona among others interested in him.

David De Gea in 2015 was heavily linked with Real Madrid and there are reports that they have reignited their interest in United goalkeeper.

A bid of close to €80 million is prepared for the Spanish International this summer.

Chelsea are said to be negotiating with VFL Bochum to sign the 18-year old wonderkid Armel Bella-Kotchap in the summer. 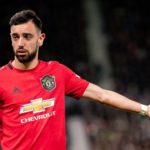 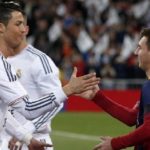 Messi and Cristiano will never score more goals than me – Romario