Here are the top stories going around in the footballing world.

📌 Manchester United are prioritising a move for Leicester City’s Maddison or Aston Villa’s Grealish, according to the Independent.

United are looking to find greater consistency in the second half of the Premier League season, although they sit fifth in the table.

Grealish has provided five assists in the Premier League this campaign, while netting six times. Maddison also has six goals.

Thomas Lemar is attracting interest from Tottenham. AS reports that if the midfielder joins Spurs from Atletico Madrid, the LaLiga club would be able to sign Paris Saint-Germain forward Edinson Cavani.

Tottenham may have more pressing concerns in January.

Harry Kane could be set for an extended spell on the sidelines due to a hamstring injury.

A Bola reports the club are ready to negotiate for the Portugal international, who has been linked to Manchester United, Lyon and Milan.

Arsenal are aiming to strengthen their defence with the signing of Bayern Munich centre-back Jerome Boateng, according to Sky Sports.

Calum Chambers is set for a long spell on the sidelines after rupturing his anterior cruciate ligament, and Boateng could be set for a return to the Premier League.

📌 Todibo to go on a loan this transfer window

Jean-Clair Todibo is expected to leave Barcelona in January and a surprise potential destination has emerged. Bild reports Schalke are thinking about a loan move for the 20-year-old defender.

Borussia Dortmund have set their price for forward Paco Alcacer.

The Bundesliga club want €40million for the Spaniard, who has been linked with a move to Atletico Madrid.

Football News Roundup 8 November 2019 with all the transfer rumors 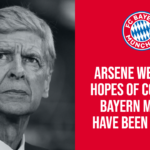 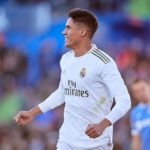