We look at the five players who have scored the most goals in the top European leagues this calendar year.

Messi misses out on the list as he sits at the 10th place, players like Cristiano Ronaldo, Erling Haaland and Robert Lewandowski feature in this list

Serie A star, Zlatan Ibrahimovic’s legend continues as he has put in some incredible performances for AC Milan.

The 39-year old’s European dream was considered to be over after a serious injury at Manchester United, and Ibrahimovic’s subsequent move to LA Galaxy in the MLS. However, the Sweden international decided to join AC Milan this year, and he has been a vital component in the side’s recent good performances.

Already one of the best strikers in the world, Erling Braut Haaland has the world at his feet if he continues with his goalscoring feats.

The Norway international made his name with Red Bull Salzburg in Austria before joining Borussia Dortmund this year for £18 million. He took little time to settle, scoring 13 goals in 15 league appearances, and has started this season with a bang; scoring six goals in six games.

While Ciro Immobile may have not succeeded outside of Italy, his impact in his homeland has been considerable.

After failed stints with Borussia Dortmund and Sevilla, the 30-year old has found his feet at Lazio. One of the most prolific strikers in Europe right now, Immobile won the European Golden Shoe as well as the Capocannoniere last season, after scoring an astounding 36 goals in 37 league games.

One of the best strikers of the modern generation and one of the best players in world football right now, Robert Lewandowski is Bayern Munich’s talisman and superstar.

The Poland international, often regarded by many as the best free transfer in the history of football, joined Bayern Munich from Borussia Dortmund in 2014. Since then, he has been a pivotal figure, making 196 league appearances and scoring 173 goals.

Juventus superstar Cristiano Ronaldo takes the first place in this list as the player to have scored the most goals in the top European leagues this calendar year.

Having joined Juventus from Real Madrid for a club-record fee of £105 million in 2018, Ronaldo immediately took over the role of Juventus’ talisman. The 35-year old has been in fine form since making his debut for the club, scoring consistently and forming a good understanding with Paulo Dybala. 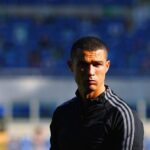 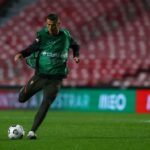 02 comments on “Top 5 players who have scored most goals in League this year feat. Cristiano Ronaldo”