Toni Kroos believes some clubs in the La Liga have taken advantage of the government’s ERTE scheme, which will see the players agree up to 70% pay-cuts through a legal route.

Real Madrid have not taken any official measure regarding a deduction in player wages, although we reported that Los Blancos have already begun contacting players over a potential decision.

Kroos is not in support of the scheme and believes players should still be paid in full, calling a reduction in salary a vain donation.

“A reduction in salary is like a donation in vain,” Kroos said on the SWR Sport podcast as quoted by Marca.

“I’m in favour of paying the full salary and everyone doing sensible things with it.

“Everyone is asked to help where they are needed, and there are many places where this is necessary.”

Kroos also admitted that the uncertainty regarding this period makes it hard to make claims, but still questioned whether or not clubs can afford to pay players in full regardless.

“Many clubs do not have a planned income [during this crisis],” he added.

“It also depends on how long everything is going to stand still for.

“If, for example, football is played again in May, solutions will surely be found.

“If it needs to stop until winter, I can imagine that some clubs would struggle significantly.

“It is questionable whether some sums of money can still be paid,” Kroos continued.

“I think a series of problems will arise. Some more, some less.” 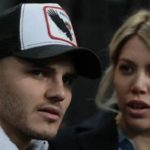 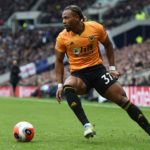 Wolves will only accept offers above €79m for Adam Traore, Liverpool are said to be interested in him