The portuguese superstar has had an impressive start to life in Italy, as he helped Juve to a League title, top scoring for his team with 21 goals in 31 apperances.

Though he was not able to deliver a European Cup in his first season with the Old Lady.

But was the only player to score for them in the knockout stage with 5 goals and ended with 6 goals in nine Champions League games.

And then went on to win the Nations League with Portugal, adding another trophy to his haul.

While Ronaldo was finding success in Italy, his old club were struggling without him.

No trophies came back to Madrid as they were knocked out of Champions League and Copa del Rey, and finished third in the league behind Barcelona and Atletico Madrid.

They went through three different managers and also had fans turned against them mid-way through the season.

Despite all that, Los Blancos midfielder Toni Kroos believes that Cristiano Ronaldo’s transfer made ‘everyone happy’.

“It would be strange if you didn’t miss someone like Cristiano Ronaldo, who has decided so many matches with his goals,”

“His transfer, however, made everyone happy. He wanted a new experience and Real Madrid earned a lot of money.”

he told German paper Bild, per the Mirror. 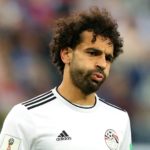 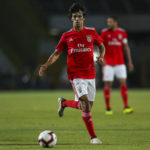