PSG director Leonardo has spoken on the future of Thiago Silva and Edinson Cavani. It appears that neither payer will be at the Parc des Princes next season.

Cavani who is the club’s all-time leading goal scorer and ninth in the all-time appearance charts has long been linked with an exit.

Many thought he would leave the club during the winter window, but he instead decided to stay and see out his contract.

Thiago Silva has been a stalwart in defense for the Parisian giants and is eighth in the all-time appearance charts.

But like the Uruguayan, his contract is up in the summer and there is no renewal on the table.

Leonardo revealed it is tough to see such legends of the club leave.

“But speaking to Journal de Dimanche, he acknowledges that there is never a good time for such players to move on.

He said: “Cavani and Thiago Silva? Yes, we are coming to the end.”

“The idea is to continue playing with them until the end of August.”

“It was a very difficult decision to make, these are players who have marked the history of the club.”

“Their stories were so beautiful. But yes, we are coming to the end.”

“We had to make a logical decision, economically speaking, and with regard to the generation that is coming through.”

“Maybe we are wrong, I do not know, there is never a perfect moment.” 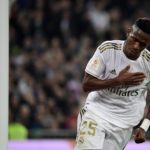 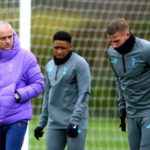 Spurs will not play any more friendlies – Jose Mourinho