Hugo Gatti has been highly critical of his fellow countryman Lionel Messi.

And he believes that for all their greatness, these superstar have a negative impact on their team and it is clear to see right now.

“I don’t care if they criticize me in Argentina.”

“He gets used to it and walks more on the pitch. He has to be better.”

“Cristiano [Ronaldo] and he are the two best.”

“Messi has to be better, he’s got used to playing at a weary rhythm, walking and those that know football think the same.”

“When there’s a player like Messi like it was with Maradona and Pele, and his teammates always give the ball to him to win the game.”

“They spoil the team and they don’t put everything they have into it.”

“The team gets used to giving him the ball and not anyone else.”

Erling Haaland reveals the secret behind his ‘zen’ celebration 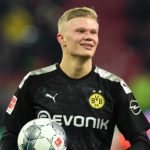 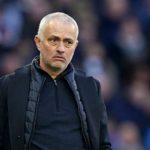