Luis Suarez has made the best start for a new La Liga club since Cristiano Ronaldo joined Real Madrid for the 2009/10 campaign.

The striker marked his 34th birthday on Sunday by scoring Atletico Madrid’s second goal in a 3-1 victory over Valencia.

It was his 12th goal in only 15 league games after joining the club on a free transfer from Barcelona last summer.

Only Ronaldo, who scored 13 goals in his 15 league appearances for Real Madrid, has made a better start for a new Spanish top-flight club since then as per Opta.

They’ll head to Cadiz on Sunday for their next La Liga outing.

Suarez, meanwhile, has moved level with Youssef En-Nesyri on 12 goals at the top of the Spanish league scoring charts despite playing four games fewer than the Sevilla forward. 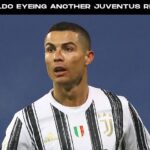 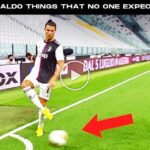 Video: Cristiano Ronaldo Ridiculous Things That No One Expected