In-form Mason Greenwood is subject of an ankle injury and could now miss the Red Devils’ next outing.

The teenager has been one of the stars for United since the restart. He has scored four goals in his last four outings.

Unfortunately, Greenwood saw a strong tackle by Oriol Romeu in his side’s 2-2 draw with Southampton on Monday.

The Red Devils need all their firepower as they chase a top-four spot and the youngster could now miss out.

United face Crystal Palace on Thursday in their penultimate Premier League fixture. Ole Gunnar Solskjaer gave an update on his squad and confirmed the injury to Mason Greenwood.

“I’ll give Luke [Shaw] as much time as possible – him and Mason, their ankles are swollen and a bit blown up,” Solskjaer told MUTV.

“I’ll give them as much recovery time as possible to give them a chance. Brandon [Williams] should be fine, he has a gash over the eye but if he can see out of it then”

“We’ve not trained obviously this morning yet but we’ll hopefully have two, maybe all three of them.”

Romeu was not booked for his tackle on Greenwood and Solskaer further went on to say he wasn’t pleased with that.

He said: “In the heat of the moment he’ll play on and adrenaline gets you going, and then you get a little bit of reaction after.

“I said after the game that my ankles were a bit weak after many years of football.

“But obviously Mason carried on and I think it should have been looked upon by the referee definitely.” 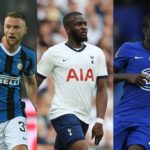 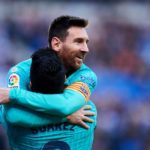