A late stoppage-time equalizer from substitute Caicedo denied Juventus victory on Sunday afternoon away to Lazio.

The visitors got off to a perfect start and were a constant threat on the break, resulting in Cristiano Ronaldo’s first-half opener.

But Lazio, a team famed for last-gasp goals, lived up to their reputation when Correa wriggled his way through three players and fed Felipe Caicedo, who hit the ball into the far bottom corner with literally the last kick of the game.

Szczesny (GK) – 7/10 – Had little to do as Lazio threatened everything other than the goal mouth. Remained alert and marshalled his defence. Could do nothing to deny the equaliser.

Cuadrado (RB) – 8/10 – Did excellently in the build up to Ronaldo’s strike, whipping an unstoppable ball across the face of goal. Grown into an excellent defender, and got the better of his marker more often than not.

Demiral (CB) – 7/10 – Always looks part of the furniture in the Juventus defence. Got caught by Correa in the second half, but Bonucci dug him out. Couldn’t contain Caicedo at the end.

Bonucci (CB) – 8/10 – Needed a big display as the experienced central defender of the partnership. Directed his teammates and commanded his backline well. Great block on Correa late on. Will be furious to concede so late.

Danilo (LB) – 7/10 – Did his defensive duties very well, and made some clever under-lapping runs when Juve poured forward.

Kulusevski (RM) – 8/10 – Such a smart and tidy player. Supplied Ronaldo with a cute ball, but the Portuguese forward hit the crossbar. Drew a free-kick with an outrageous individual run, and broke lines on more than one occasion.

Bentancur (CM) – 8/10 – Bagged the pre-assist for Ronaldo, beating his man and waiting until the perfect moment to play Cuadrado behind the defence. A wonderful player.

Rabiot (CM) – 7/10 – Broke up a lot of Lazio attacks by being in the right place at the right time. Carried the ball and set Juventus off with intent. A very disciplined display.

Frabotta (LM) – 6/10 – Had a good old battle with Marusic on the Lazio right. Provided plenty of width and an outlet for Danilo behind him.

Cristiano Ronaldo (ST) – 8/10 – On hand to tap home the opening goal (of course he was). Almost doubled his tally with a drilled effort from distance. Rattled the bar late in the first half with a lovely strike. Subbed in the second half.

Morata (ST) – 7/10 – Less involved than usual in a quiet first half, as most opportunities flowed through his strike partner. Grew in the second, collecting the ball deep and driving forward, always on the lookout for a colleague. A proper team player. 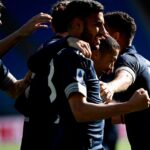 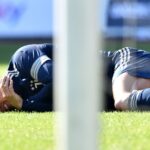