After being accused of breaching the health protocol, Cristiano Ronaldo needed to make a public statement where he responded to these claims.

Italian Minister of Sport, Vincenzo Spadafora was the one who spoke against Cristiano. The Juventus star decided to take his response to an Instagram video in which he attempted to clear the air.

“I just want to give a message to say I’m well, I have no symptoms and I feel strong. I’m at home getting a little sun, but it’s not too hot, but I can always do with some vitamin D,” Ronaldo revealed during an Instagram live video message.

“I have been fed well, I hope to return to training, playing, and enjoying life as soon as possible, I have to be at home in quarantine whilst the rest of my family is on another floor of my house.”

But this response doesn’t seem enough for the Italian Minister of Sport, who responded through rough criticism via Football Italia.

“The skills of a certain player don’t authorise them to be arrogant, disrespectful to the institutions and to lie,” said Spadafora.

“Indeed, the more one is known, the more one should feel the responsibility to think before one speaks and to set a good example. There’s no intention of continuing indefinitely on this issue,” said the Minister.

“I confirm what I said yesterday regarding the abandonment of the hotel by some Juventus players, based among other things on the club’s communications to the Turin ASL. We won’t intervene more on the topic and I renew my wishes for a speedy recovery to all who have tested positive.”

Solskjaer pleased with Bruno’s comments and says We are united 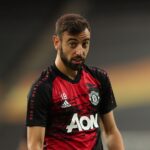 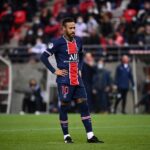 Tuchel – Neymar will be ready for Manchester United