Cristiano Ronaldo and Lionel Messi have scored more than 1200 goals, collected over 60 trophies, have won 11 Ballon d’Or awards, along with winning the bringing smile to their fans’ faces countless times.

Despite they have reached the late stages of their careers, their fanbases continue to be divided.

But Brazil legend Pele has a clear answer to the question of ‘who’ the best player among the two?’

“Today the best player in the world is Cristiano Ronaldo,” Pele declared in an interview with Youtube channel Pilhado.

“I think he’s the best because he’s more consistent. But you can’t forget about [Lionel] Messi, of course, but he’s not a striker.”

The former World Cup winner was also asked about his opinion on the greatest player in the history of the game. He surprisingly left his nemesis Diego Maradona’s name while cheekily naming himself as the best of the lot.

“It is a question that is difficult to answer,” Pele added.

“We cannot forget about Zico, Ronaldinho, and Ronaldo. And in Europe, Franz Beckenbauer and Johan Cruyff.

“Now, it’s not my fault, but I think Pele was better than them all.” 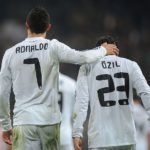 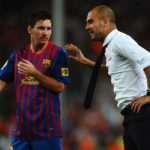