Cristiano Ronaldo is confident that he will surpass Michel Platini as the all-time leading scorer in European Championship history, according to Paulo Ferreira.

Prior to Euro 2020, the five-time Ballon d’Or winner is tied with Platini on nine goals. As a result, he only needs one goal this summer to surpass the French legend’s total.

And Ferreira, who played 45 times for Portugal alongside Ronaldo, is confident that his former teammate will go to any length to break Platini’s record.

“I believe he will do it and it’s probably something he will have in his mind,”

“He wants to be the top goal scorer for Portugal.

“He will not stop until he breaks this record, and he deserves it.”

In a Group F match against Hungary in Budapest on Tuesday, Portugal will begin their defence of their European title.

Once again, all eyes will be on Ronaldo. As Portugal attempts to repeat their memorable Euro 2016 triumph, the captain will bear the brunt of the pressure this summer. And Ferreira is confident that CR7 will succeed.

“He’s one of the best in the world. In my opinion, he and Messi are the two best players in the world,” the former Chelsea defender added on Ronaldo.

“We talk so much about Cristiano and everyone knows who he is and what he can do and how much of a top player and professional he is.

“He wants to do well in every training session, every game and every competition. Even if he loses in training, he gets so upset.

“Cristiano will be so important for us because he can decide the game at any point. The opposition have to respect him.”

“He is one of the top players I have played with.

“He became better and better through hard work and the goals he set himself. He is a big example for everyone.

“Deco was also one of the best players I’ve played with at club and national level. But to be honest, I was very lucky to have played with so many top players.”

Cristiano Ronaldo responds to rumors about his Juventus future 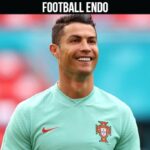 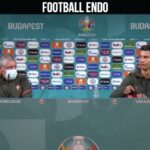