Football legend Ronaldo Nazario has named his top four greatest player of all time and who would be his dream signing for Real Valladolid.

The original Ronaldo as he is often referred to is now a football club owner. The Brazilian World Cup winner owns 51% of La Liga side Real Vallodolid.

His ambition is to try and bring world-class footballers to the Spanish minnows.

Given his wealth of experience, and the dizzying height he reached as a player, Ronaldo’s opinion on some of football’s most difficult questions is sought-after information.

In an interview reported by Goal, the toughest questions in football were leveled at O Fenomeno.

He is the ideal professional to pick the best in the business.

However, when asked about the greats, he has a top-four list but refused to rank them.

Ronaldo said: “For me, in the classification of the best in history, the four names would be Pele, Maradona, Lionel Messi, and Cristiano Ronaldo.”

“They are the top four in the history of football.”

The former Real Madrid star was then asked to pick his dream signing. He didn’t choose Messi or Ronaldo but rather went for the guy who he says reminds him the most of hime.

He added: “I would sign Mbappe, he is the one who most reminds me of me and my playing times.” 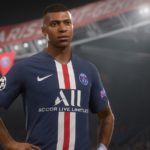 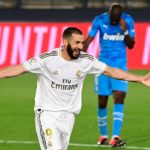