Real Madrid are said to be angry with Eden Hazard as the Belgium failed to show up at Real Madrid’s training ground with teammate Thibaut Courtois last Friday, especially when he did not feature in both UEFA Nations League games played by Belgium over the weekend, till date.

With the new La Liga 2020/21 season round the corner, Madrid reportedly did not want the Belgian Federation to call upon Thibaut Courtois and Eden Hazard for Belgium’s opening Nations League games.

While Courtois returned to Madrid on Friday to continue pre-season preparations, AS report that Hazard stayed on with the Belgium camp but did not play a single minute in either of Belgium’s wins against Denmark (2-0) on Saturday and Iceland (5-2) on Tuesday.

Belgium coach Roberto Martínez had reportedly convinced Hazard that he was needed in the Belgian dressing room and that playing competitive minutes would be the best form of preparation for the start of the league season.

As was agreed with Real Madrid’s specialists, the 28-year-old forward followed an individualized plan during the first days at Belgium’s Tubize training base. Moreover, there was pretty less of a chance that Hazard would feature for the national team considering he is only returning from an injury.

Much to the anger of Madrid, the situation did not improve in Brussels three days later, where Hazard was not even called to warm up for Tuesday evening’s clash against Iceland. 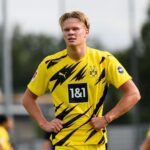 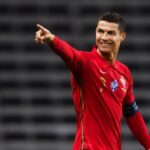