It was an abysmal show from Barcelona as they were dismantled 8-2 by Bayern Munich in the Champions League.

Back in June, Lionel Messi voiced out in public saying the club had a lot of holes that needed fixing.

And now, Gerard Pique has echoed those comments from back them with his latest assessment of the problems at the club.

“It is neither the first, nor the second, nor the third time. It’s very hard, we all have to reflect.”

“The club needs changes and I’m not talking about the coach, about the players. I don’t want to point at anyone. Structurally we needs changes of all kinds, because it is neither the first, nor the second nor the third time.”

In fact, Pique even claimed he will offer to leave the club if it meant new blood coming in.

“The first one to volunteer will be me, if new blood has to come in and change this dynamic I will be the first to go, to step aside.

“Now we have hit rock-bottom. I think we all have to look and reflect internally and decide what is best for Barca, which is the most important thing.”

Pirlo has to choose between Ronaldo and Dybala 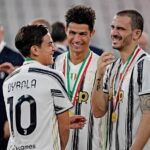 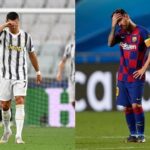 Is Ronaldo-Messi era coming to an end ?