Pierre-Emerick Aubameyang already has sights on winning another Golden Boot after scoring against Newcastle United.

Salah opened his account on Friday against Norwich City in a 4-1 win. Aubameyang too joined Salah on the scoring charts with his solitary goal in victory at St James’ Park.

The Gabon striker escaped his marker to score from a cross by Ainsley Maitland-Niles. It was his 33rd League goal in 50 appearances.

At the end it was the difference between two sides with Arsenal holding on for a 1-0 win over Newcastle.

In the Post match interview when asked whether he was aiming for another Golden Boot, Aubameyang replied

“But first of all, as I’ve always said, the most important is the team. I’m really happy that the goal could help us to win the game.”

It was a hard fought victory for Emery’s side as they struggled to create good goal scoring chances in the first-half.

“Yeah, I think so. I think we fought a lot today”

“It was a great game against a good team in Newcastle. It was important today to start with a win. Last season we started badly [lost first two games] and this season we won, so we are happy.”

Pierre-Emerick Aubameyang added: “It’s always positive for the squad. Everybody is now happy to have those three points. We’re looking forward to playing at home and winning games.”

Arsenal next face Burnely at home on Saturday. 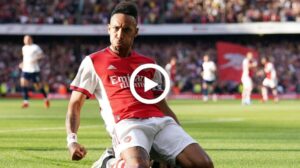 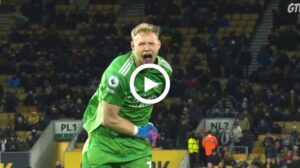