Peter Crouch has announced his retirement from football.

The forward puts and end to a 23-year professional career which saw him represent 11 clubs.

“After a lot of deliberation this summer I have decided to retire from football!”

“Our wonderful game has given me everything.

“I’m so thankful to everyone who helped me get there and to help me stay there for so long. X

“If you told me at 17 I’d play in World Cups, get to a Champions League final, win the FA cup and get 100 Premier League goals I would have avoided you at all costs.”

After a lot of deliberation this summer I have decided to retire from football !
Our wonderful game has given me everything.
I’m so thankful to everyone who helped me get there and to help me stay there for so long. X

Crouch later expanded on his decision to retire in his column with the Daily Mail.

“I have had 23 years to prepare for this moment but, now it is here, you realise nothing can prepare you at all,” he wrote.

“The time has come refer to myself as a ‘former footballer’; this incredible journey I have been on since I was 16 is over.

“My ambition was to play until I was 40, so it is scary saying the word ‘retirement’.

“It has left me emotional and it feels weird not to be preparing for a new campaign but circumstances over the last couple of seasons have made me realise that this is the right thing to do.

“To go from being a regular starter to someone whose role is limited to 10 or 15 minutes off the bench has been hard to accept.

“I will be 39 in January but I am physically fit and could have carried on. What I didn’t want to be was someone who was thrown on to have balls smashed up to them.”

But he thanked the sport for making his dreams come true.

“I know there is going to be a point when it really hits me.”

“Football has opened up avenues that I never thought were possible when I started scoring goals in the Hayes and District league as an Under-10.”

Barcelona confirm the signing of Antoine Griezmann for £108m. 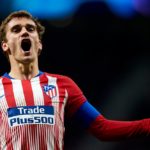 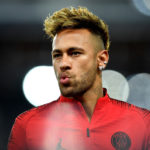 Barcelona offers only players to PSG for Neymar, no money