This is the Portuguese star’s favorite competition as he is the all-time top scorer and has won the title five times. Over the years, we’ve realized he has a certain level of performance he always offers during this tournament.

Playing the local league competition is motivating for him, but nothing compares to playing the continental bout. As Juventus moves closer to playing the upcoming match against Ferencvaros, Andrea Pirlo just released his list.

The Italian giants are making their trip to Hungary with Cristiano Ronaldo on the shuttle, he will lead this expedition in search of another three points.

We believe this won’t be an easy match for Juventus but there’s no precedent of Ferencvaros playing one of the best clubs in the world at their own ground. Anything could happen on Hungarian soil.

However, Ronaldo is coming to this trip with that extra motivation we are talking about.

We can easily expect Morata playing next to Ronaldo, Chiesa, and Dybala for this match. This lineup would be the possible starting eleven for the most important games of the season.

Despite having a relatively easy rival for this match, Juventus still needs the three points after losing at home against FC Barcelona. Ronaldo will most likely start the game in Hungary to make this possible. 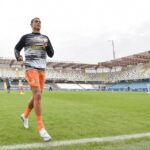 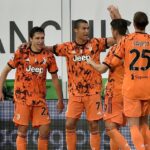