The Portugal National Team just announced that Cristiano Ronaldo tested positive for Covid-19, he will go into an isolation period.

The worst possible news just became a reality, Cristiano Ronaldo tested positive for Covid-19. It happened during the star’s time with his national team over the international break. According to the Portuguese Football Federation, he isn’t showing any symptoms at all after testing positive.

However, Ronaldo himself decided to go into isolation and away from his teammates at the national team. The news about him testing positive just broke and we are finding out more information as the day progresses. We are still unaware if more players have been infected with the virus or where he exactly contracted it.

All we can tell you right now is that he isn’t showing any symptoms, CR7 is feeling well despite testing positive. We believe that as it happened with Zlatan Ibrahimovic, Cristiano won’t display any major issues due to his optimal physical condition.

As a precautionary measure, Cristiano goes into isolation and will miss the upcoming Nations League clash against Sweden. This means that the Portugal National Team won’t have their best player for this important game. It is also possible that Ronaldo got infected with the virus during the trip to France.

As we all know, there is a surge in Covid-19 cases as part of the second wave of this pandemic. Ronaldo must’ve caught the virus and he was possibly contagious when he had contact with Kylian Mbappe.

The Portuguese Football Federation released the following statement through their website: “Cristiano Ronaldo was released from the work of the National Team after a positive test for COVID-19, so he will not face Sweden. The Portuguese international is doing well, without symptoms, and in isolation.” 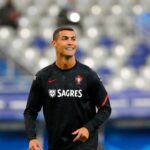 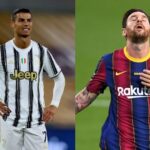