The 18-year-old center-back rejected a new deal with French champions PSG, instead opting to move to Germany’s top side.

The prodigious defender has already undergone his medical and agreed to personal terms putting pen to paper on a four-year deal with the Allianz Arena club.

The club’s made an official statement confirming the deal:

“The 18-year-old French junior international comes from Paris Saint-Germain and receives a contract until June 30, 2024.”

“He is versatile on the defensive, with his main position being a central defender. In addition to French citizenship, the right foot also has an Ivory Coast passport.”

“We are very happy that we were able to win Tanguy Nianzou Kouassi for FC Bayern.”

“In our eyes, he is one of the greatest talents in Europe. His top position is a central defender, but he can play in several positions.”

“We are sure that he will have a great career with us and is an absolute reinforcement.”

The player himself continued:

“I am very happy to be able to play for Bayern. It is a large and traditional club.”

“I very much hope that I will prevail here and have many missions. I’ll work hard for that.” 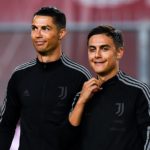 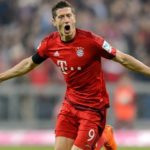