Cristiano Ronaldo was presented by Nike with these special boots in honor of the 100th goal for the national team.

The former Manchester United winger netted a century of goals for his country. Consequently, he scored the 100th goal in some style. His freekick displayed a pure class of hard work and precision.

In addition, Ronaldo grabbed his 101st goal in the same fixture. As a result, Portugal snatched victory over Sweden 2-0 with the megastar’s consistency in performance.

The Portuguese icon did not take long to respond back to Nike. Nonetheless, CR7 immediately posted on his social media.

He wrote: “Thank you, Nike. This boot is beautiful and I can’t wait to use it in my next game for the Portuguese team.”

Obrigado @nikefootball These boots are beautiful and I cannot wait to wear them for my next @selecaoportugal match to celebrate my career milestone!
⠀#nikefootball #teamnike pic.twitter.com/PywzzgVkHv

The story goes back to 2003. Cristiano signed his first-ever contract with Nike.

As crazy as it sounds, the 35-year-old used 60 different Nike Mercurial boots during his entire career. In any case, Ronaldo’s achievements are incredible and surpass the footballing world’s greatest.

Back in 2016, Ronaldo signed an exclusive contract with Nike which will assure long-term success for both.

“I have a great relationship with this brand, I have great friends here in the company,” said Ronaldo. “We work as a family too,” he adds. “This is my brand.”

Along with his footballing abilities, the former Real Madrid forward loves to flaunt his style. To no one’s surprise, Cristiano is the world’s most famous athlete. He is also one of the most popular social media people in the world.

Furthermore, the Juventus star is also a fitness guru. His dedication to exercise and fitness supports Nike with numerous training products.

Now, after his 100 goals mark, Nike and Ronaldo strengthen their relationship further. 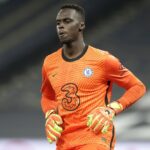 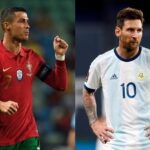